AVON - Amber Le Vine was boiling mad, to the point of barricading herself in her room. She stacked furniture against her bedroom door to keep her parents out.

Her mom, Karen Le Vine, had to call for help.

“My brothers were football players and they had to come over and hold her down; that’s how bad the rage was,” Karen said. “We had to put (interior) locks on all the doors because she was trying to get out of the house.”

Amber, who is 29 years old, was experiencing what is known as “Lyme rage.” It’s happened periodically for nearly two years now, since she contracted the tick-borne illness. One of the nasty side effects can be autoimmune encephalitis — an inflammation of the brain that causes paranoia, agitation and hallucinations.

“It took three of us to get her in the shower,” Karen said. “She would scream bloody murder. This went on for months.”

More: Lyme Disease: NJ had its worst year since 2000

Chronic Lyme disease is one of society’s most misunderstood, misdiagnosed ailments. The influential Infectious Diseases Society of America declines to recognize chronic Lyme in its clinical practice guidelines. As a result, little is done in terms of screening patients for Lyme beyond a blood test that is known to be unreliable.

Amber’s case went undiagnosed for three months as her family shuffled in and out of different hospitals. Complicating matters further: She already suffered from an ultra-rare disease, an enzyme deficiency known as SSADH, which also affects her younger sister Haley.

That disorder causes intellectual delays, communication challenges, diminished motor skills and memory loss. Amber and Haley, 27, can’t remember what day of the week it is.

Think life’s thrown you a few curveballs? Try walking a mile in the shoes of Karen and her husband, Jess.

“They’re trying to navigate a path that’s a little bit uncharted,” said Ali Le Vine Pugsley, one of two older daughters. “It’s hard enough to do that just with SSADH, but now with the addition of Lyme disease, it takes up a tremendous amount of energy on a daily basis. I don’t know how they do it.”

The Le Vines are used to challenges. There are just 600 known cases of SSADH in the world, and Amber and Haley are two of the oldest. Jess, a history professor and Brookdale Community College, and Karen, events manager at the Bay Head Yacht Club, immersed themselves into the disorder and helped spearhead a clinical trial by the National Institutes of Health. 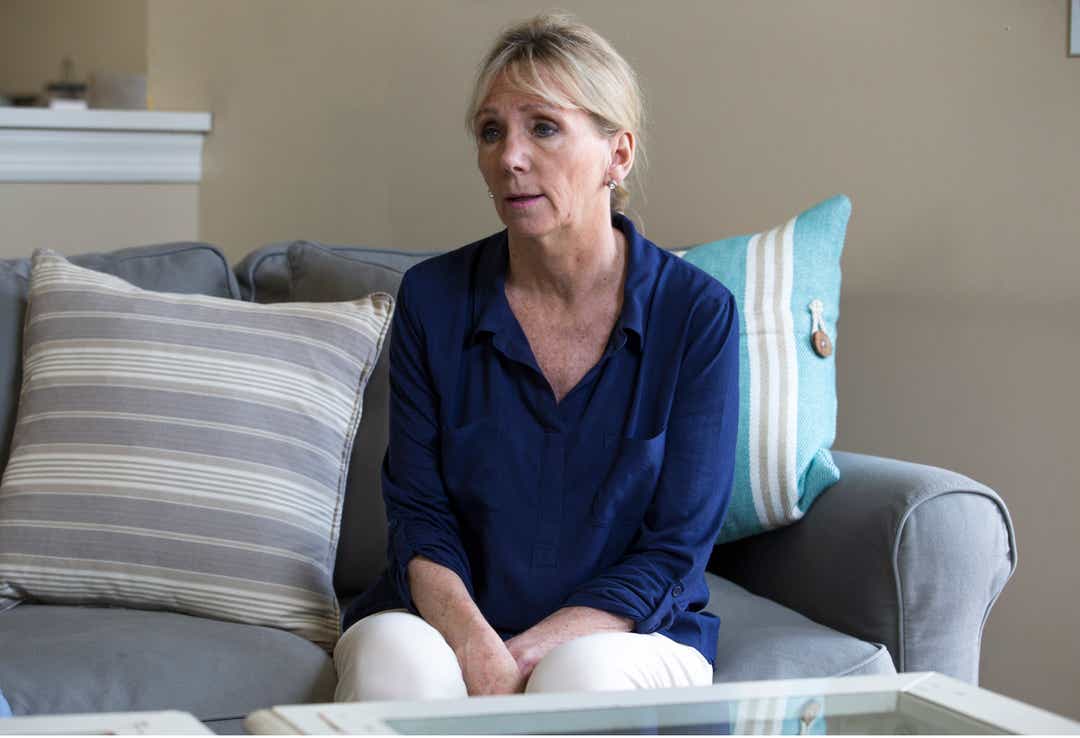 “The clinical trial took eight years,” Jess Le Vine said, because of the scarcity of participants. “We had to fly people in from Europe.”

Therein lies one of the many challenges posed by rare diseases. There is little to lean on. For the past several years, the Le Vines have thrown an annual SSADH fundraiser. It can be hard to find sponsors. A musical act they tried to enlist once balked, Jess said, because the bandleader thought the condition was too obscure to draw a crowd.

“If you say it’s for something like autism, everyone springs into action,” Jess said.

The Le Vines forged ahead. Amber and Haley learned to ride bicycles. They attended Brookdale. They’ve held jobs at local restaurants as greeters and food runners. Haley takes guitar lessons and is involved in a long-term relationship with a peer who has Down syndrome; Jess will drive them to dinner-dates and sit at the bar while they eat.

“They are an absolutely amazing family,” said Dr. Phillip Pearl, a leading expert on SSADH who is based at Boston Children’s Hospital and Harvard Medical School. “The support they’ve given those girls and how far they’ve gotten those girls is amazing and quite unusual.”

Then came the tick bite.

“We’ve spent our entire lives just trying to help them become active members of the community, even though there never were any answers about what their future would hold,” said Jacqui Le Vine-Salum, another older sister. “They get to the point where they’re doing OK, and then another door gets slammed in their face. Now it’s Lyme disease, and there are no answers. It’s like, ‘How can this happen twice?’”

The medical establishment’s disregard for chronic Lyme prompted Rep. Chris Smith, R- N.J., to establish a federal working group to address the issue. It’s making some progress, but the hole is deep. Lyme disease affects roughly 400,000 people a year in the U.S., and New Jersey has the second-most diagnosed cases (after Pennsylvania).

In Monmouth County, which ranks second to Morris County as a hotbed for the Garden State's reported cases, tick-related diseases have more than doubled over the past decade. 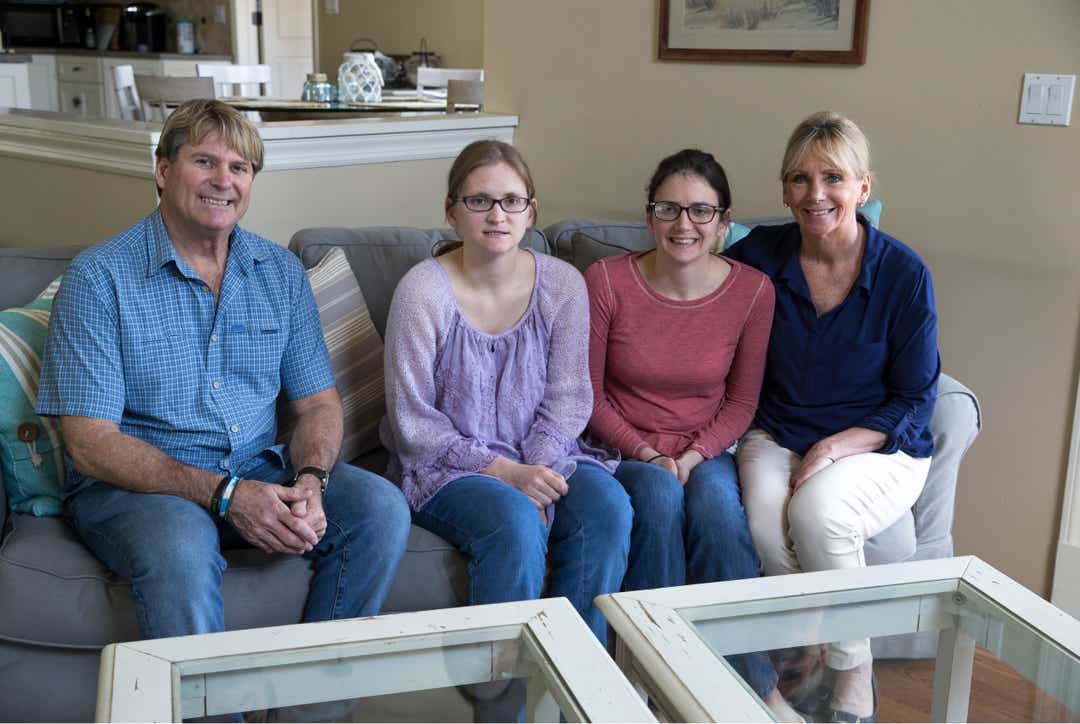 Like many other Lyme families, the Le Vines encountered resistance that ranged from skepticism to derision as they tried to get Amber diagnosed.

“We were at one hospital (in Philadelphia) and the doctors were arguing with us,” Jess Le Vine said. “They said this is because of SSADH. We said, ‘No it’s not.’”

Jess and Karen eventually found Lyme-friendly doctors, spending more than $30,000 out of pocket because the insurance industry doesn’t recognize the ailment. As Jess put it, the runaround “catastrophically delayed early treatment for Lyme because Amber’s symptoms were incorrectly attributed to SSADH.”

Amber has lost more than 50 pounds. She no longer works. The rages and delusions come and go.

“She never cared about guys and now she thinks she’s going to get married,” Karen said. “I said who are you going to marry? She said his name’s Ben.”

Karen has asked to see Ben. The answer?

“If you want to marry Ben, I have to meet Ben,” Karen replies. “That kind of helps her realize, ‘Wow, he’s not there.’”

He’s not, but Jess and Karen Le Vine are. And they will continue to be, blazing a path no one wants to take.

The Le Vine family’s annual “Wave of Hope” benefit for Amber and Haley will take place May 19, 1-5 p.m. at The Columns in Avon by the Sea. The Joe Baracata Band will be performing. Tickets are $25 and can be purchased at the door. Proceeds benefit the nonprofit SSADH Association. For more information on the event or the Le Vine family, visit their website www.waveofhope-ssadh.org/

Jerry Carino is news columnist for the Asbury Park Press, focusing on the Jersey Shore’s interesting people, inspiring stories and pressing issues. Contact him at jcarino@gannettnj.com.