Disgraced doctor, 54, accused of grooming patient, 87, into giving her £190,000 life savings and spending it on holidays and home improvements could face legal action to repay cash

By James Tozer for the Daily Mail

A disgraced GP who went on a spending spree with the £190,000 life savings of an elderly patient faces legal action that could force her to repay the cash.

Dr Andrea McFarlane, 54, pocketed the money after bombarding 87-year-old Mavis Barsby with letters addressed to ‘my darling angel’ and complaining about money worries.

Mrs Barsby’s family discovered multiple payments for tens of thousands of pounds – which were spent on foreign holidays, home improvements and jewellery – only after the retired headmistress suffered a stoke and went into care.

After years of secret payments were revealed, Dr McFarlane faced a ten-day hearing in December in front of the Medical Practitioners Tribunal Service, which banned her for a year. 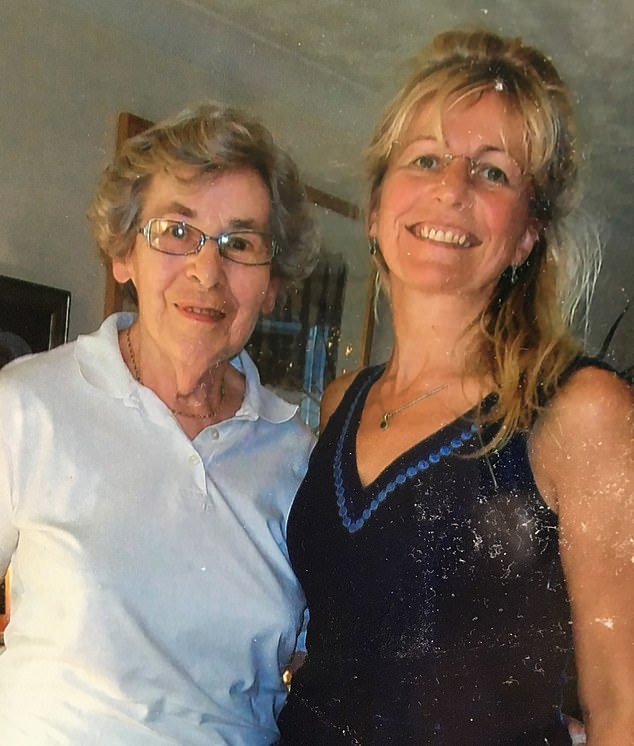 Now it can be revealed that the twice-divorced family doctor, who practised at Crown House Surgery in the market town of Retford, Nottinghamshire, was investigated by police over claims she took money from two other people. However there was insufficient evidence to prosecute.

Last night, Mrs Barsby’s furious family confirmed they will sue Dr McFarlane to recoup the missing money, and branded her temporary ban ‘an insult’ when she should have been struck off.

‘If I’d told my aunt before her health declined that she’d be giving money away like that, she’d have said, “Don’t be silly,” ’ her nephew John Hemstalk, 67, said. ‘She and [her late husband] Cliff were very frugal, they hardly spent any money. The curtains in their house were threadbare, the cutlery was 50 years old, the oven door was falling off. 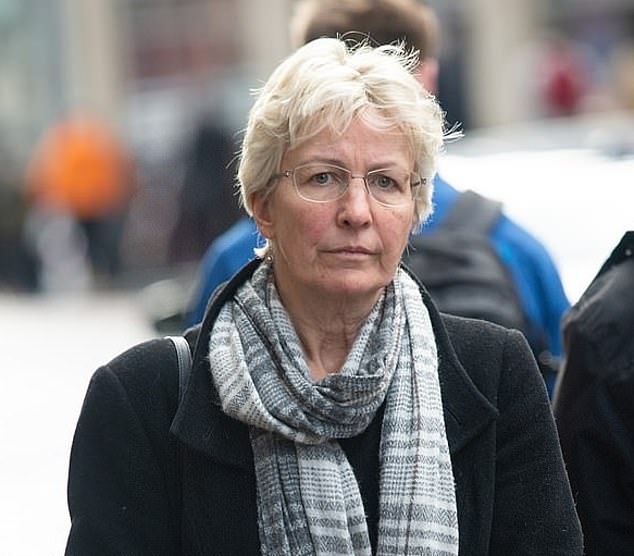 ‘Then along comes this GP with her sob stories about being in debt and wanting to work shorter hours to spend more time with her sons, and calling my aunt her “angel”.

‘It was only while we were clearing out her house that we found cheques she’d paid the GP for tens of thousands of pounds – I couldn’t believe my eyes. This was a GP earning a six-figure salary! She was complaining about her workload. Well, her four-day week was funded by my aunt’s money.

‘As far as I’m concerned, it’s grooming, pure and simple.’

After nurturing generations of children as head of a local primary school, Mrs Barsby and her husband, who had been a delivery driver, retired to a bungalow in Retford. Both sport fans, the couple – who did not have any children – used to watch tennis at Wimbledon and cricket at Trent Bridge.

June 2008: ‘I thank you with all my heart for your care, your generosity and kindness to us! My boys should be the best dressed boys in all of England now!!’

Nov 2008: ‘Thank you also for all the other goodies and help towards all that life needs sorting. My new tyres, my new locks, fixing my computer, the car service, the gutters needed fixing, the electrician needed to fix lights, the petrol to rugby matches, and so much more.

‘You will never know how much help you have given me. My darling angel, you give me more than I can imagine.’

Postcard from Arizona 2013: ‘My Dearest Angel Mavis, we are having a wonderful time at my cousin’s wedding and now at this amazing Grand Canyon!’

Postcard from Umbria 2013: ‘Dearest Lovely Angel Mavis, thinking of you every day, as I rest, read, drink in the beauty of the art, landscape and the hot hot sun, fine food and learning Italian.’

Postcard from the Amazon 2013: ‘My Dearest Angel Mavis – I am having the adventure of a lifetime and resting galore! I feel so lucky. Huge hugs and lots of love always.’

Shortly after Mr Barsby’s death in 2012, an investment worth £80,000 matured, which the couple had intended to help them in their old age. Within the next three months, cheques totalling £98,000 had been paid to Dr McFarlane. The Aberdeen-born GP became a regular visitor to the pensioner’s home. Notes from the GP expressing her gratitude for ‘goodies’ were found dating back as far as 2008. In one she wrote that for her birthday there was ‘a beautiful thing I have wanted for many years, a silver bracelet’. ‘I promise to get that from you, when you see it you will agree it is quite special,’ the GP wrote.

In addition to the cheques, multiple payments saw a total of £188,000 handed over – leaving Mrs Barsby with just £2,000 in her account.

Meanwhile the widowed pensioner became increasingly frail, and after suffering a stroke in 2017 her family realised her worsening dementia meant she would not be able to return home.

Mr Hemstalk, a retired salesman from Chesterfield, began clearing out decades of possessions ahead of selling the house to fund her care, and discovered she had been giving away money. He complained to the General Medical Council, while social services bosses passed their concerns to Nottinghamshire Police who also investigated.

Giving evidence at the Medical Practitioners Tribunal Service hearing, Dr McFarlane claimed that despite being able to earn up to £30,000 a year from out-of-hours work, she was at one stage £250,000 in debt. She said the couple ‘wanted me to be a better mother and stay more at home,’ adding that Mrs Barsby ‘did not believe a mother should work’.

But panel chairman Martin Jackson said the ‘scale and duration’ of gifts and payments which Dr McFarlane accepted – and failed to disclose to partners at the practice – meant her actions amounted to ‘serious misconduct’.

Mrs Barsby’s family are now planning legal action to reclaim the money from Dr McFarlane and are convinced she got off lightly.

‘This money was meant to help look after my aunt in her old age, not to fund her GP going on foreign holidays,’ said Mr Hemstalk. ‘She accepted almost £200,000 yet she’ll be able to get another job next year. It’s an insult.’

A man who answered the door at Dr McFarlane’s home in the grounds of a stately home near Retford said she had nothing to say.