By Chloe Morgan For Mailonline

A long-suffering lorry driver has twin-sized lipomas removed from his back tattoo in The Bad Skin Clinic.

Tonight's episode of the Quest Red show, which airs at 10pm, focuses on Ali, from the UK, who from the front, looks like your normal middle-aged man.

But for the past eight years, Ali has been hiding a big, squishy lump in the centre of his back which has been steadily growing bigger over time.

'I have a lump on the centre of my back and it's the size of a tennis ball,' he explains. 'I first noticed it about eight years ago and it's just got bigger and bigger. It's too big to ignore now.' 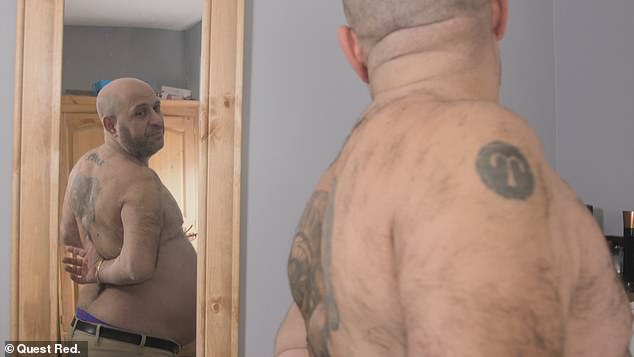 Ali, from the UK, has twin-sized lipomas (pictured) excised from his back tattoo in The Bad Skin Clinic 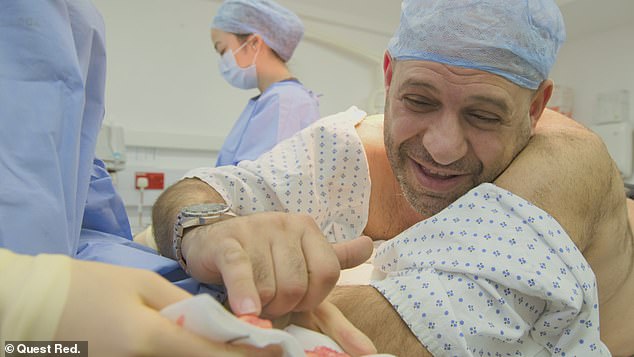 For the past eight years, Ali has been hiding a big, squishy lump in the centre of his back which has been steadily growing bigger over time. Pictured, the removed lipoma

Shortly before the lump first appeared, Ali had an impressive ram tattoo etched on his back to celebrate his birth sign, Aries.

But the lump has turned his artwork into an unwanted 3D disaster, protruding out of the ram's snout and ruining the effect of the tattoo.

'When I had the tattoo done the lump wasn't there and now over the years it's got bigger and bigger, and by chance it's ended up on the end of its nose; it looks like it's coming to life!' he says.

While the lump causes Ali constant discomfort, his partner Pippa has grown fond of the lump, often using it for stress relief. 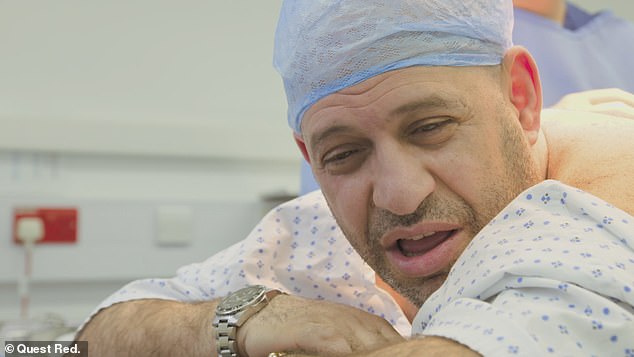 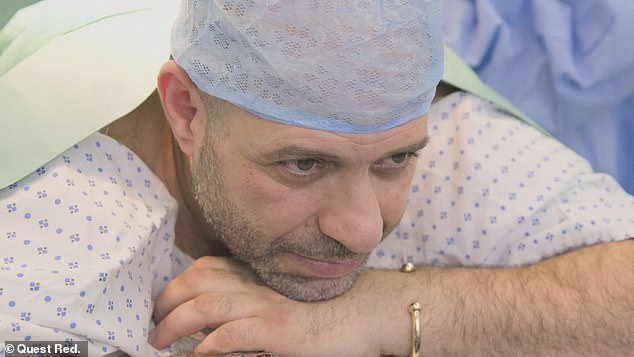 The lump turned Ali's (pictured) artwork into an unwanted 3D disaster, protruding out of the ram's snout and ruining the effect of the tattoo

'My partner uses the lump on my back as a stress ball, and digs her nails into it and it's quite annoying,' he laughs. 'I've given him a little nickname. He's called Larry the lump!'

Joking aside, as the lump has continued to grow in size, it's started to detrimentally affect Ali's life.

WHAT IS A LIPOMA?

Lipomas are non-cancerous lumps caused by an overgrowth of fat cells.

They can form anywhere on the body, but are most common on the neck, shoulders, abdomen and back.

They are usually just under the skin, shaped like a dome and soft to touch.

Doctors are unsure of what causes lipomas, but believe it may be due to an inherited faulty gene or physical trauma

Most do not cause any pain unless they are deep in the body and press on nerves or organs.

If a lipoma affects the bowels, it may cause constipation and nausea.

Most lipomas do not need removing, but surgery may be necessary if the growth is large, causing symptoms or unsightly.

'It's really started to affect my sleep, because if you imagine laying on a tennis ball, my sleep is always disturbed,' he reveals.

With the lump stopping him from getting a good night's rest on a regular basis, Ali's main source of anxiety is getting behind the wheel while exhausted.

'My biggest fear is that if I don't get a good night sleep I could fall asleep at the wheel,' he admits.

With his patience wearing thin, Ali makes an appointment with Dermatological Surgeon and skin superhero Dr Emma Craythorne at her Harley Street clinic to see if he can say goodbye to Larry the Lump once and for all.

'This is it for me, make or break. If it carries on getting bigger then there's no way I can continue doing the job I'm doing,' Ali says, walking into the clinic.

Called through by Dr Emma, Ali explains everything to her, before whipping off his jumper and introducing Dr Emma to Larry.

'Wow, this is pretty impressive,' the expert says in surprise, seeing the lump bulging underneath Ali's tattoo.

'It actually forms the entire snout of the ram, a 3D-tattoo!' she jokes!

'So, this certainly feels like a lipoma and it doesn't feel like it's fixed to any of the muscles,' she says.

'The lipoma is located right in the very centre of the snout of this ram, and that actually makes the ram look even more intense, so it is a bit of a shame that he has to go! But, because it's painful for him, I think it has to.'

Able to rid Ali of Larry the lipoma – and his partner's favourite stress reliever – Dr Emma gets scrubbed up for surgery.

In the operating room, Dr Emma lays Ali down and injects the area around the lipoma with a local anaesthetic. Slicing into Ali's skin, Dr Emma makes the first incision and starts teasing the lipoma out. 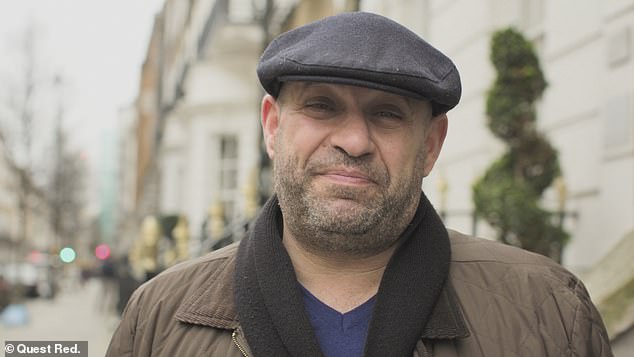 While Ali's lump causes Ali constant discomfort, his partner Pippa has grown fond of the lump, often using it for stress relief

'A lipoma is a completely benign collection of fat cells, often in a little capsule, so it feels like a bump under the skin,' Dr Emma explains, as she places her finger in the incision wound and wiggles it around, freeing up any parts of the lipoma that might be tethered to Ali's muscles.

'I feel like a vet,' Dr Emma jokes as she continues to free up space underneath Ali's skin.

Ready to extract the lipoma, Dr Emma reveals a pink, jelly-like globule of fat poking its head out of Ali's skin.

'That's one squidgy guy,' Dr Emma's assistant says, as the lump is slowly pulled from Ali's back.

Generally, lipomas are one big mass of fat, but in this instance Dr Emma has a surprise for Ali when she reveals that there are actually two lipomas in his back!

'Generally they look like one lipoma, they're together in one lump, but often whenever you cut into them there can be a few of them joined up,' Dr Emma explains, as she frees the smaller lipoma. 'You've got one super one and then a small one. It looks like twins!'

With Ali now lipoma-less, Dr Emma skilfully stitches up the wound without spoiling his tattoo.

Now, Ali can he can finally set eyes on the lump which has been following him around, quite literally on his back, for the past eight years.

Seeing the lipoma for the first time, Ali pulls his face in disgust, before prodding it with his finger. 'Oh my god,' he shrieks.

And with that, Ali can rest easy knowing Larry is a thing of the past!

The brand new series of The Bad Skin Clinic continues tonight at 10pm on Quest Red, available to stream on dplay