The Daily Orange is a nonprofit newsroom that receives no funding from Syracuse University. Consider donating today to support our mission.

Mayors from 10 cities in New York state met at Syracuse City Hall on Wednesday to call for more federal aid as municipalities across the state face budget crises related to the coronavirus pandemic.

The mayors who attended the event, which was hosted by the New York State Conference of Mayors and Municipal Officials, said the lack of federal support as their cities face economic downturns has frustrated them. A decline in revenue due to the pandemic has forced cities to raise taxes and lay off employees, they said.

“You’re putting mayors in a position where they have to raise taxes during a time when the economy shut down, or to lay off critical first responders in the middle of a pandemic,” said Richard David, mayor of Binghamton. “That’s just ridiculous. You can’t pick and choose. And that’s what Washington is doing.”

Syracuse Mayor Ben Walsh also attended the event. The city expects to lose $41 million in revenue due to the pandemic, and Walsh has cut $18 million from the city’s budget and furloughed more than 400 employees to make up for the deficit.

Syracuse has projected that its budget cuts will last until the end of the fiscal year in June. If the losses continue after the November election, the financial toll will result in the city cutting more jobs, Walsh said.

“I think that the longer we go without help, the more everyone will see what those losses look like, and it will just get worse,” Walsh said.

“The last thing you want to have is a reduction in first responders and people who are on the frontlines of dealing with the health and safety issues of a pandemic,” David said. 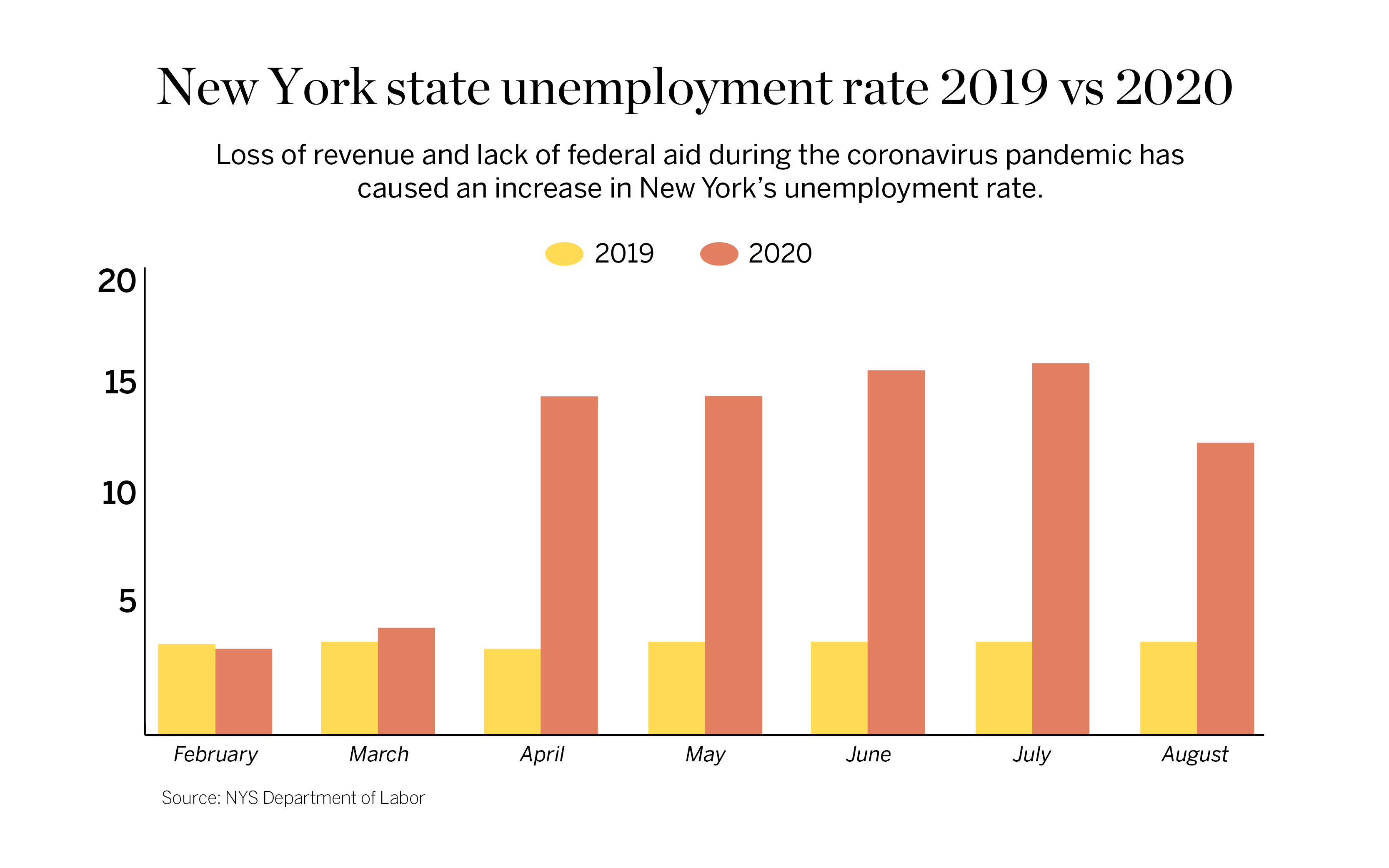 “We’re asking Washington for some of that money to come back to New York,” said. “We’re all affected and need Washington’s support.”

Albany Mayor Kathy Sheehan criticized the narrative that Senate Majority Leader Mitch McConnell and other Republican leaders in Congress have presented that federal aid would bail out only Democrat-run cities.

The federal government has the resources to provide cities sufficient aid, but refuses to allocate them, Sheehan said.

“It is time for Washington to recognize that you cannot bail out cruise lines and airlines and Fortune 500 companies and leave cities in the dust,” she said.

“The concept that mayors in villages and cities and states are now some sort of bargaining chip for some discussion in Washington is just obscene and ridiculous,” he said. “Because who gets hurt? It’s the American people.”